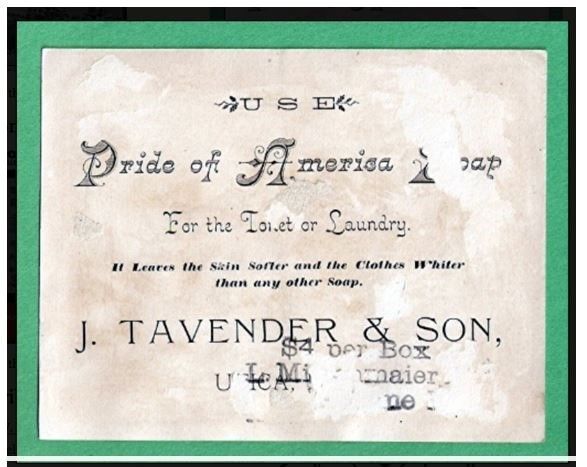 From its inception, the Westminster Park Community was spurred along  by the astute cultivation of a relationship with the media. In the  1870’s and the 1880’s, “media” meant connections in the newspaper and  the publishing worlds. Early lot owners included Augustus C. Kessinger  (lot 761), founder of the “Rome Daily Sentinel”. Patrick Agan, a  well-known publisher from Syracuse, served a term on the Westminster  Park Board of Trustees. J. G. Truair of the “Syracuse Journal” visited  the Park and published pamphlets for the Park Hotel.

Often, we see articles shared between one newspaper and another in  Upstate cities. For example, an article from the “Utica Herald” might  appear verbatim a day or two later in the “Watertown Daily Times”.

The Park Trustees spread the word of the newly emerging Westminster  Community across New York State. The latest developments in the Park  constructions and the names of prominent visitors were often found in  the social news columns in Upstate newspapers. The Park selected certain  designated reporters from city newspapers to visit the Hotel and return  with articles to their respective papers. One such reporter was John J. Flanagan of Utica. We remember this gentleman from last month as the first  President of the Saint Lawrence River Anglers’ Association. He was a  jolly and energetic newspaper man who began his career as a telegraph  expert and news reporter. When he died at age 47, he was editor of the  “Utica Herald”. His newsy reports from the Saint Lawrence River were  often signed J. J. F. with the byline,” From our own Correspondent.”

One  such report from the “Utica Morning Herald Daily Gazette” in September  1881 was a delight to read. Flanagan’s enthusiasm for the River is  contagious. His report begins at the Crossmon House in Alexandria Bay  listing all the “notables” staying there, including Henry S. Harper of  “Harper’s Magazine”. (Many collectors of River memorabilia have a copy  of an 1881 article published in “Harper’s New Monthly Magazine”  entitled, “Summering Among the Thousand Islands”.)

Flanagan goes on to describe the September scene on the River as  businessmen pack up to leave for the season. The weather was glorious.  The autumn air was laden with ozone…”fairly bubbling in the atmosphere  like champagne…” His comments on women’s hairstyles are hilarious. He  regales readers with tales of River Notables and their beautiful island  homes, and then says a few words about Westminster Park: “Mrs. Northrup, V. B. Stewart, Mr. Tavender, Dr. Gallup,  and other Utica and country people on Westminster Park — all as  enthusiastic and eager for drinking in the air and beauty of this region  as they were on the first day of their coming here. Every day that the  sun shines upon the River and Thousand Islands develops richness,  freshness, and loveliness that can be found in no other part of  America.”

Joshua Tavender (1822- 1895) married Harriet Maynard (1819-  1895) in Somerset, England in 1849. Shortly after their marriage, Mr.  and Mrs. Tavender emigrated to Utica, New York, to join Harriet’s  brother, Isaac Maynard, and Harriet’s brother-in-law, John Thorn, who were established in business ventures there. This familial  relationship has an impact on the history of transportation in New York  State and on the development of our story.

When Mr. Tavender first arrived in Utica, he found employment  with Thorn and Maynard Soap and Candle company. Later he formed a  partnership in a similar business with William Heath. In time, Tavender  bought out Mr. Heath and formed a company with his own son, Walter.  Their new partnership was known as Joshua Tavender and Son. A featured  product was their “Pride of America Soap” which sold in 1893 for seven  bars for 23 cents. Other products included fertilizers, chemicals, oils,  candle and glues. Mr. Tavender had a reputation for honesty, integrity,  and hard work.

The  Tavenders were deeply religious and charitable people. Joshua was  aligned with the Bible Study Movement. He was a close friend to Charles  Taze Russell, author of the Millennial Dawn and founder of Zion’s Watch Tower newsletter. C. T. Russell and Joshua Tavender believed in “the plan of  the ages”, i.e., the signs of the times indicating the Bible prophecies.  In Utica, he attended the Tabernacle Baptist Church, espoused the credo  of the Golden Rule, taught Sunday School at the Faxton Hall Sunday  School, and was a strong proponent of Prohibition. In 1894 while  crossing railroad tracks in his horse-drawn carriage, Mr. Tavender was  thrown from his wagon and hit his head. He suffered what was likely a  concussion. He continued to have headaches and dizziness until his death  a year later.

Mrs. Tavender devoted her life to helping the poor, and  also the families of soldiers who were fighting in the Civil War. She  was a charter member of the Women’s Christian Association. (founded by  Rev. P. H. Fowler’s wife, Jennette Fowler). Harriet attended the  Highland Presbyterian Church in Utica. She founded a Sunday School in  her own home, and as it became popular and grew in size, she moved the  meetings to Faxton Hall. (Faxton Hall was established by Theodore S. Faxton,  a Utica philanthropist who had established the Faxton Hall for the  purpose of providing “the education of the children of factory  operatives by day and night”.)

Joshua and Harriet Tavender also had three  daughters, Harriet (known as Hattie), Sophia, and Jennie. These young  ladies were River girls. Accounts of their lives in Utica and in  Westminster Park show their enjoyment of the River and an active social  life.

The Tavender cottage appears to have been built  by 1881. As young women, all three sisters spent time there, along with  their River Cousins from the Peckham family, the Chase family, and the  Maynard family.

One account from the papers tells of a  boating accident in the summer of 1881. One August afternoon, the  Tavender girls and a group of friends were cruising from Westminster  Park on a beautiful steam yacht, the Ooneta. Off Thousand Island Park,  there suddenly came a loud crash, filling the occupants with terror. The  boat sustained damage to her wheel by running-up on a shoal and was  disabled. The distress signal was given and the yacht, Flora, of Fishers  Landing came to the rescue. All were towed to the Wellesley House and  safety.

Records from the summer of 1883 show that  Hattie, Jennie, Joshua, and Walter’s wife were at the cottage for the  entire season. In August of 1883, Sophie records an afternoon of  swimming! In those days of personal modesty, I wonder how one could swim  in yards of fabric prescribed for ladies’ swimsuits.

In  early 1881, Jennie married Dennis T. Kelly of Watertown, NY. He was a  senior proprietor of the “Dispatch and Reunion”. The newlyweds  honeymooned in Albany, New York. In the early days of their marriage,  they roomed at the Paddock House in Watertown. The Kelly’s moved about  New York State, living in Buffalo, New York City, and Utica. Dennis  Kelly also worked as Secretary of McMahon Thermograph Company. Jennie  continued to visit Westminster family members. The Kelly’s had one son.

In 1889, Jennie developed an illness  that was not believed to be serious, but sadly, she died in February of  1890 at the age of 33. One obituary remembers her as being congenial  with fine social qualities.

Sophia was especially close to  her cousin, Julia Josephine Maynard Griffith. (The life of Mrs. Griffith  will be told in future installment.) Sophie and Josephine were often  together at social events. In 1895 following the death of both of  Sophia’s parents, they spent the Lenten Season together in Washington,  DC. In 1898, Sophia Tavender married Charles G. Karling, of Illion, New  York. The wedding was held at the home of Mr. and Mrs. George U. Maynard  of Utica. The wedding was a simple family affair presided over by Rev.  Dr. Burnham of Colgate University. The parlors were decorated with  palms, ferns, roses, carnations, and other flowers. The groom held a  position in a typewriter firm. The couple resided in Illion, New York.

Harriet (Hattie) also married  after the death of her parents. Her wedding to Milo Oglin Town of  Richfield, New York, was held at the home of her cousin Josephine, who  by now was also married and living in the home formerly owned by her  parents, The Maynards. It was a small, intimate gathering presided over  by Rev. Walter Mitchell of the Utica Highland Presbyterian Church.  Hattie was described as having “an artistic temperament”. The couple  honeymooned in Niagara Falls and set up housekeeping in Richfield, New  York, where Milo was a merchant.

The Tavender family enjoyed  life in Westminster Park for the first quarter century of the Park’s  history. Their cousin, Josephine, stayed for another two decades. And  so, it goes when the River calls to you.

Next month’s installment: the Gallup and the Goss Family

Linda Lewis  Twichell, a fifty-six-year resident of Westminster Park, has collected  historical information on the Westminster community since the 1970’s.  Presently, her research focuses on the lives of the people who settled  here in the last quarter of the 19th century, and the cottages they  built. A book of Westminster Park, its people, and their stories is in  the works. Be sure to check out Linda’s other historical research published in previous issues of TI Life.

Comment by: Cynthia Stren
Left at: 11:41 PM Tuesday, October 30, 2018
|Thank you, Linda, for sharing your wonderful stories about the history  of this enchanting community.  Although modern times are here, I am  delighted that Westminster Park has retained the finest qualities of an  old time village, with the kindest, most caring, thoughtful and helpful  neighbors anywhere.

Uncle Aaron was a true outdoorsman; he knew how and where to catch squirrels, how to find wild honey trees, where to gather hickory nuts, how to trap a muskrat, and where the fish were biting – a true man of all seasons.